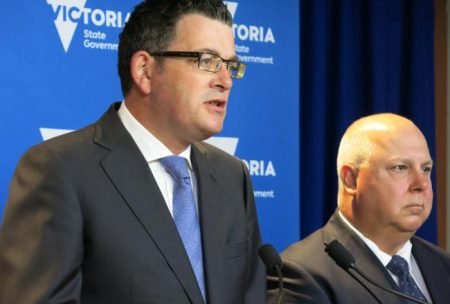 VICTORIA has thrown a lifeline to young people struggling to get on the property ladder by axing stamp duty for first homebuyers.

From July, the controversial property tax will be abolished for any first homebuyer in Victoria whose property costs less than $600,000.

There will also be discounts for properties worth between $600,000 and $750,000, regardless of whether they are new or existing.

Premier Daniel Andrews will formally unveil the plan today, which is expected save 25,000 first homebuyers an extra $8000 a year, as a part of his government’s cost-of-living package.

THE MOST HATED TAX

Stamp duty has long been a source of contention with reform being a major priority for many in the property industry.

The Real Estate Institute of Australia (REIA) called on the Commonwealth Government to abolish the much-hated tax for first homebuyers nationwide in its submission to the 2016-17 Budget.

“We are also asking that the Federal Government take a leadership role in abolishing state-based stamp duties as analysis shows that economic activity in Australia can be lifted by just shifting the composition of taxes from high economic cost State taxes to Australia-wide taxes,”

And in its submission to the Victorian State Budget, the Real Estate Institute of Victoria (REIV) echoed these calls.

“In its 2016-17 Federal Budget submission, the Real Estate Institute of Australia called for stamp duties to be abolished for first home buyers nationwide, requesting the Federal Government take a leadership role in this. Our position is consistent with this,” the submission stated.

“Reducing stamp duty provides a more efficient outcome for both the buyer and the state, as it reduces the number of transactions and red tape created through the application process.

“The REIV favours this method of assistance for first home buyers for two additional reasons: firstly, if the structure is based on a proportion of the tax paid, the benefit to the buyer is less likely to be diminished by increases in house prices; and, secondly, the assistance is the same for all first home buyers.”